Caste System – The very term seems offensive to some. In public, a person who considers themself refined or progressive denies that they follow the caste system. Why? Because associating oneself with a system that demeans someone of basic human dignities isn’t a good look. Though one will not admit to following the caste system, when it comes to marriage, religion, education and gender, caste is almost always the first automatically loaded weapon they use to isolate or glorify the someone .

Casteism finds roots in the Indian culture from many years ago. It has been followed by many generations and people groups of many religions and backgrounds not only by Indians in India but around the world. On the outset though it seems like an identifier to unify, it has today become the main reason for division. Division in gender, faith, society and education.

Before I break these down further, take a look at my “Random Thoughts” to know what the caste system is a symbol of.

Every single day on the news, we see women being beaten, abused, stripped and slaughtered of their dignity. No matter what lifestyle they practice, caste supersedes humanity. She could be the thoughtful, kind, caring, obedient, happy bride or daughter of the family but when it comes to taking out a man’s frustration, she is the first one on the line of fire. Specially, after marriage if she is from a different caste, specifically a lower caste, there is no value for her life. Why? Why does a certain caste make her unworthy of living a decent life though she is able to provide, think, care and feel like any other beings in the family?

March 8th was #InternationalWomen’sDay and yet women are celebrated only when they adhere to the subversive laws made by man. Today’s data on rape, girl child rights and education has falsified that as well as 30% of abuse to women is caused by close family or friends. 50% of educated women get raped after marriage (as well). But this is not “wrong” or is justified by the ring on her finger and the chain around her neck as a pass to take her body for granted. On top of this caste seals her as a slave to the family.

The faith that I know and practice is related to a superior being. A God who is all about justice, love and peace. A God who sees His people as equal. When this is the underlying message of having a faith, how can this religion want someone to be treated as untouchable?

Caste determines who gets access to what, who sits where, who gets authority and who gets to marry the eligible child.  This placement automatically gives the narrative that religion is on par with caste. Does it mean the caste system takes precedence over God? Can faith and suppression live on the same boat?

I only have two words and one question.

Education is the base that puts all individuals on the same platform. Regardless of where we were born, what we look like and what our dream is, when we go to school, we were a uniform. The uniform enforces that very same concept. There is no room for partiality or inequality but the entrance and exit out of the education system has become so complicated that only one child from a lower caste family gets to go school but all children from the wealthy family have choices for their field of study.

It has become difficult to accept the truth of the reality of the education system. If the child from the lower caste has better potential, grades, passion and practical knowledge in comparison to the rich kid, who qualifies for that seat? Who gets preference?  What if getting that seat for the lower caste kid was the only chance at life to become something when everything else has inherently amounted to nothing? Is it ok for caste to rob that child’s gateway to success?

This is all of our frustration. Every single day we HAVE to experience these evils and be subservient knowing its wrong. Telling ourselves it won’t change. Telling ourselves its too complicated. Telling ourselves its too strong to take on by ourselves. But what if we all make an individual decision to come together to say NO to caste? Instead of ignorance and false front of our stance, can we act on it to see less number of our female friends raped and murdered? Would we be able to love God for the truth, instead of the sake of religion? Will we experience less to no fear, to admitting that we wish to live with someone from another caste? Will kids be able to get that seat they desire and not commit suicide when they don’t?

This is a harsh truth that we are facing in modern India. Though we know that this system is not going away anytime soon, the least an individual can do is realize that they are contributing to an evil and take a stand to say no. A real. stance without disguise.

Other related videos by Sharon Angel

Buy her book, “The Courage to Identify Who You Are” here https://rb.gy/o51cxy 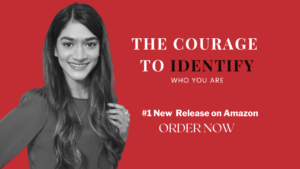